How To Execute A Killer Marketing Plan With Less Crap

Ok, I am a big fan of the 12 Week/90-day frameworks, and over the last few years, it has worked very well for me.
Those of you who’ve been following my website for a few years will know I’m a raving fanboy of the ’12 Week Year’ book and framework.
And, before we go on.
I have done (and if you look hard enough I am still doing) everything I take a baseball bat to this in this post.
Marketing strategy is exciting and fun; the execution is hard and simple at the same time.
You think you are communicating, but you are not, my mate Jon Buscall says it best – Marketing is a commitment, not a campaign.
After working with a coach in 2019, it became evident that I did not do any marketing, even though I thought I did.
I’m mean I Instagrammed and went to events, stuff happened.
I get clients and jobs because I am ‘Known’ as Mark W. Schaefer talks about in his book ‘Known.’
But his ‘Known’ and where I was operating are worlds apart.
I was bumping into clients and getting jobs by chance which isn’t as amazing as it sounds.
I had a lot more to give, and the reality was the coworking businesses I want to serve were not reaching me.

The thing with working in 90-day chunks is, the business community understands it and speaks that language.
People talk about ‘Q 1’ results, 12 Weeks, three months and 90-day plans.
Most things past that time frame are complete fantasy. What happens in the next 90 days will decide what happens in the next 90 days after that, and so on.
Of course, someone needs to have an idea where you are heading if you are in a big organisation that will be the visionary leader type person, see below.
But the actual graft, grunt work, execution happens in 12 Week chunks, this is where you focus like a laser beam.

Vision & Execution How Does That Work?

Imagine you beat all your sales targets by 100% the next 90 days, what would you do then?

That will look very different from not selling anything.
Also, people in your business will grow up, people will get ill, women will get pregnant. As well as sales all these things affect your path.
You need to know where you are going, have an agreed vision.

What I want you to take from this part: When people plug into where you are going they will take better actions on a daily basis.

Donald Miller of StoryBrand explains it like this: ’employees and team see themselves in the company story’.

I’m a little hung up on this myself because I’ve worked for people that change their mind every week. I’ve also worked for people who I’d take a bullet for because I’m so enrolled in executing their vision. The harder and more rewarding work is always people in the second example.

In the 8th Habit and 4 Disciplines of Execution books written by that ever loveable Covey family, they give this example. In 2005 they did research with 23,000 employees from a range of companies and industries.

In his book, Stephen then turns this into an easier to relate to story with this football example.

“If, say, a soccer team had these same scores, only 4 of the 11 players on the field would know which goal is theirs. Only 2 of the 11 would care.

Only 2 of the 11 would know what position they play and know exactly what they are supposed to do.

And all but two players would, in some way, be competing against their team members rather than the opponent.”

This cute video of kids playing football with Stephen makes the point even better.
While this aims at a more enterprise, government and NGO level, the essence and message applies to small and micro-operations too.

My Experience of Peoples Marketing Plans

The other thing that has amazed me as I have got braver at asking about it is how many people don’t have a marking plan.

‘I know we need to promote this event plan’ But they don’t have a marketing and communications plan that goes beyond a month or the next event.
When I started to get serious about content marketing a decade ago, I thought everyone has a plan – don’t they?

I hosted an in-depth webinar with a deep dive Q&A at the end for Officernd on-demand here.

The Webinar is an actionable plan to build momentum to get new members for your coworking business after the Christmas holidays.
Of course, it will work before, during and after any holiday.
Watch it for free here.

“Everyone has a plan until they get hit in the mouth”

And my hope for you is that you don’t get hit in the mouth because you have a plan and you’ll stick to it.
I’ve been making ’12 Week Year’ plans for a few years now, and they don’t work because I don’t stick to the program.
People wiser than me at this stuff swear that it is because we change our minds every few minutes. We adopt the new shiny thing before it’s been ‘test-driven’ to work that our’ so plan’s don’t deliver.
I know that does not sound exciting. I promise you all that bollox about hustle, 10x-ing new social media platforms and whatever Gary V shouted this week does not help your business.
Showing up regularly and helping people understand how you can help then is what gets the money in.

Things to consider to up your game.

If you do have a marketing plan chatting about it with another human being now and then is a great idea.
It will only help you understand it better and move faster with more efficiently.
Here in London, members of the London Coworking Assembly meet up to share marketing ideas.
Particularly how paid advertising works, how to use social media to create leads, and if the email is still a thing. (It is)
Too many times, managers and space operators ask for a plan because they think they need it to have one, and they do.
Then they read a HubSpot blog or a Backlinko post about SEO and say we need to do that.
Most of the time they have never been near their website, and why should they?
They don’t understand the pains and agony of making a website work, so they run some Instagram adverts instead.
It looks cheaper and less complicated, but where do the people from those ad’s go to?

Do simple things on your website and with email on a regular will get you massive results over time.
Darren Hardy talks about this in the Compound Effect; he spells out how to build over time, doing a little every day.
The book opens with a rock-solid example of two, nearly the same people make slightly different daily choices and end up in various places over time.

Another example is Nas from Nas Daily on James’s podcast here:
Skip to 11:30 | The power of consistency.
Nas did a video a day for 1,000 days. That was his goal. He even told his parents, “If you die, I still have to make a video that day.” That’s how much importance he put on this commitment.
And it’s the reason he’s successful with 14 million subscribers. And he is growing.

2. Have You Got An Audience?

We’ve all launched offers that we perceive to be a ‘great deal’ or ‘how could anyone not go for that?’
And nothing happens?
Because there is no audience and for me, your real audience or community lives on an email newsletter.
A hard-earned email newsletter that you respect and send good stuff to regularly.

You will build a relationship so when you make your offer the offer lands in context.

Audience – Amanda Palmer and twitter. How do you get 500 people to turn up for a pillow fight in Austin?
Amanda is all about engaging people, even before twitter, she was foster trust and rapport with people.
So when she posted on twitter’ pillow fight on street corner’ at the SXSW festival, people showed up, with pillows.
She tells the story in her epic book, The Art Of Asking.

Welcome to my all-time favourite example – EVER.
I watched Doug’s riff gain traction every day on slide share at the time it launched.
It is brutal, true and Doug seems to be doing ok after this outburst, I mean it only got 6 million views on Linkedin.

As every B2B brand turns to content marketing, we’re about to be hit by a deluge of… crap.

Here’s what you can do about it.

Spend some time with these slides and don’t be scared!
Making good content for your coworking space is easier than you think, you start by being yourself.
When you have done the slides treat yourself another of Doug’s posts – 40 reasons why good people make crap content.

4. No One Gives A Shit About Your Instagram Quotes.

I noticed author Jeff Goins posted this below on Instagram this week.
Jeff makes the point about the futility of posting quotes without a connection to the original work.

I have a book by my bed called ‘The Self-Reliant Entrepreneur: 366 Daily Meditations to Feed Your Soul and Grow Your Business‘

Every day is a quote and then John Jantsch follows up with reflection and a question.

So I’m not anti-quotes, I’m anti-quote-gushing in public.
I know this is picky of me, but you need to back it up, not copy and paste shit.

I’ve often thought this and never quite worked out how to say it.
A quote is not your story or your audience’s story; it is someone else’s.

And with so many people quoting the same fucking people, it makes up for repeating and sameness.

In the early days of Instagram, I was a card-carrying member of the super snarky ‘anti-quotes’ brigade on Instagram. The combination of an avid reader of the book The Secret, PowerPoint and Instagram was often too much to take.

I’ve been looking for a way to say this for years.

“That is what all adverts are – crap content.” – Nas
It is from the same podcast with James Altucher and Nas, I highlighted earlier.

So where do you invest your marketing budget?

It is of course up to you, and I can introduce you to van loads of people who would challenge me on this.

Words have been around for hundreds of years and are what both humans and search engine bots look for.

If your website is pumping with helpful content about price, problems you solve, reviews of products and services, how to’s and best of’s and your advert points to this type of thing you are doing well.

But if your advert says ‘reimagining innovation and work’ join us now click here’ with two white men with white teeth laughing by a cappuccino machine, well what are you hoping will happen? 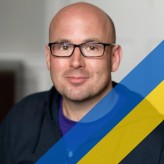 Previous StoryWriters Block: Punch That Arrogant Habit Right On The Nose
Next StoryHow To Be More Productive (And Not Lose £191,553.45 Like Me)