The End Of My First 12 Week Year

On Tuesday we start our Working Out Loud (WOL) group at our coworking space, it’s also the end of my first 12 Week Year.

Oddly, I feel an imposter when I write about “productivity” part of me wants to tell you ‘I did the 12 Week Year now have a million dollar start-up and run a marathon daily.’

Those of you who run marathons or become parents know things don’t happen in the flick of a switch, so I don’t know why I think you might expect me to turn life around in 12 Weeks.

It’s tempting to joke my goal for the WOL is to stop dicking around.

Becoming a Dad in 2011 and being depressed made me stop dicking around.

The horror of not being able to get off the couch and feeling suicidal followed by the gift of wanting to wash up and meet other human beings showed revealed to me the difference between depression, learned helplessness and being a spoilt brat

I Blame The Parents

Turns out I have more spoilt brat than I’d like, not Veruca Salt type spoilt – more of an inner subconscious compass with a warped take on responsibility.

I was tempted to blame my parents, after all, they brought me up.

My Dad wasn’t Nelson Mandela, George Orwell or David Bowie those guys were off doing other work.

My Dad worked with what he had, right where he was and he certainly wasn’t out to fuck me up or create a spoilt brat.

My Mother, died before she was scheduled to, I miss her but her timing was inconvenient for me emotionally.

Admitting I was blaming them – hard.

I can’t even tell you what they did wrong.

I know other people blame their parents, but this isn’t something I’d stoop to doing.

As I beat depression over the last two years I realised we don’t wake up one day and immediately become free from debt and depression.

In the last 12 weeks I have developed a level of grit and determination I’ve craved all my life. Building a tiny little bit daily is where the real pay-off is happening.

Ten years ago my friend Mike would joke about how I’d jump between extremes in my life.

I’d start the month as a T-total juicing marathon runner and end it eating fish and chips while hoovering up a lethal cocktail of class A drugs at a music festival, the weeks in the middle were a void.

I am interested in a better use of the time I have now. I guess I attempted to speed up space and time and instead discover slowing down and being myself is a better way to live.

At the peak of my break down my mate Daniel would feed me Argentine food and encourage me to ‘give myself permission to relax’.

At the time being married, being a parent and having a mortgage seemed less of a commitment than ‘giving myself permission to relax’.

The horror lay in stopping to look around, even more fucking scary was working it all out  a way forward. These days I rage about coworking and food because these two things combined made the solid foundation to getting my life back.

You Don’t Have To

Just to be clear, you don’t have to eat avocados and coworking space to prevent a shit life, this is what worked for me.

My faith in the next 12 weeks is high, I mean my faith, not my expectation is high.

I have faith I’ll be in an even better place on 26th January 2017 when the next 12 weeks ends, even with all the changes that will happen on the way.

Next Sunday I’ll share a few simple things that worked for me on this first 12 week journey, below are a few things I have been using.

1. This Worked The Best 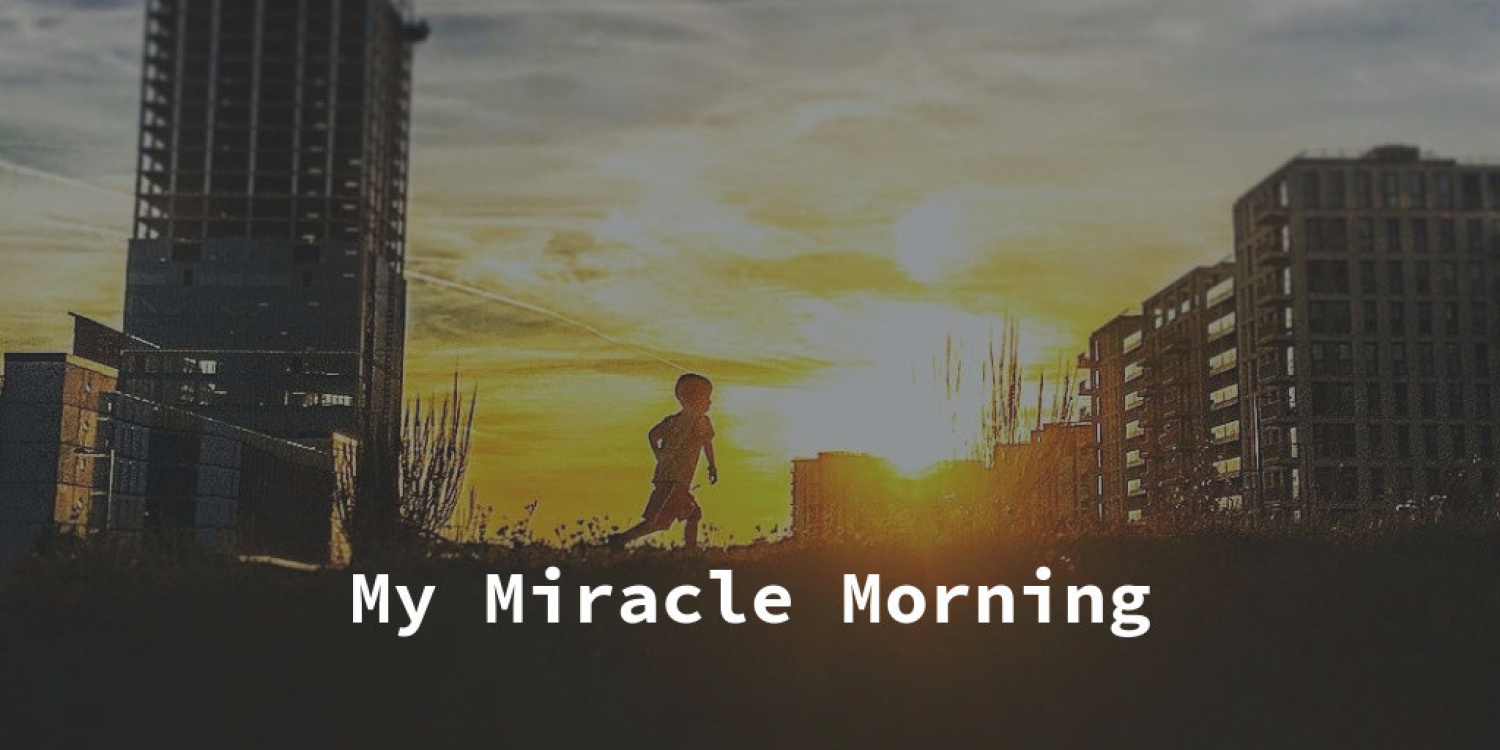 My Miracle Morning
I have been working on this ‘Miracle Morning’ thing for ages and now I have it down to a fine art. I know the title sucks and sounds like a coked up TGI Friday’s waitress called Polly Anna, but it works.
Read The Full Post Here 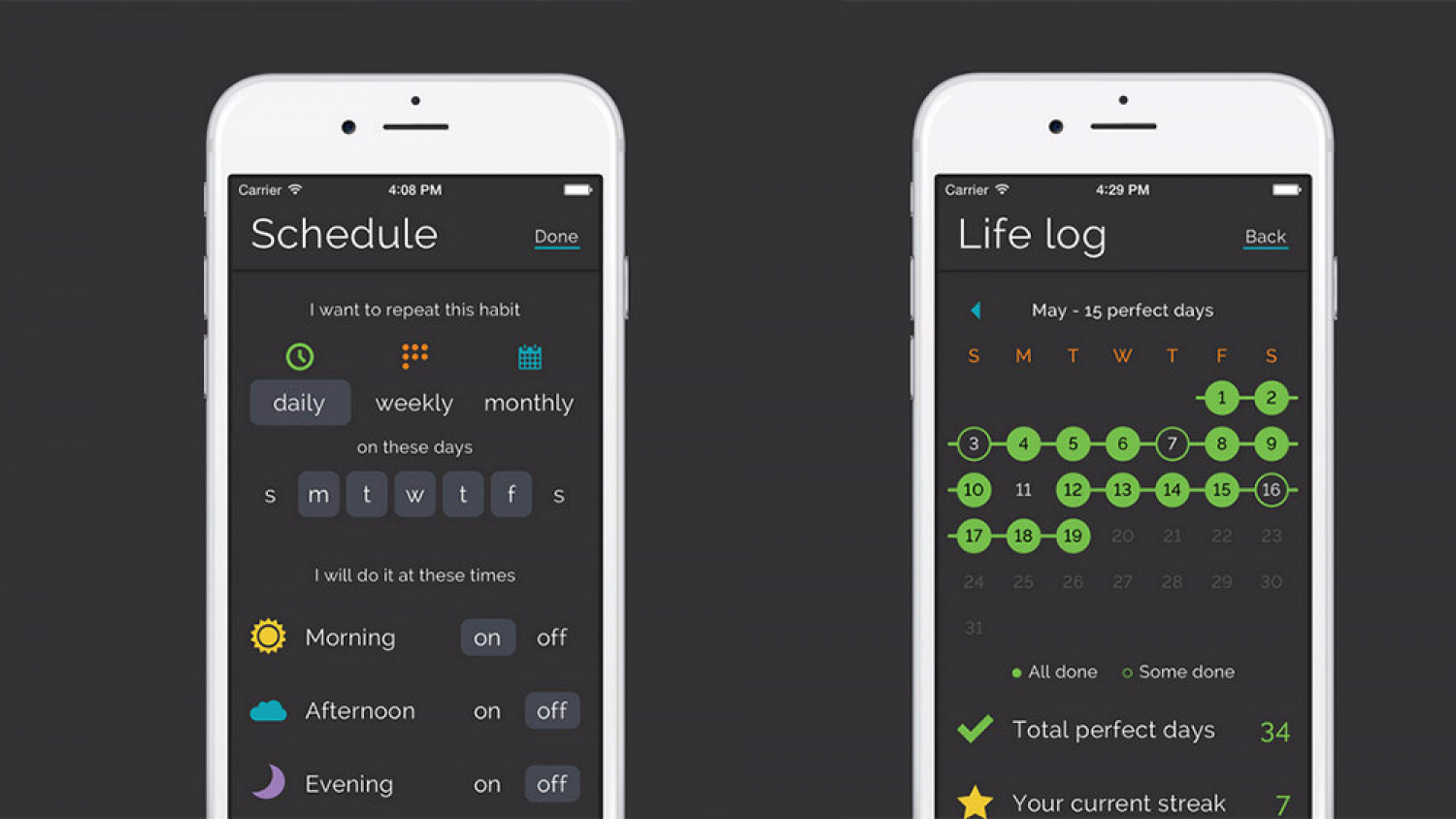 Productive – Habit tracker – Daily Routine
This app  is SUPER simple to build daily routine & reminders for goals & resolutions. You can see how you are doing and be honest with yourself about what is really working and where you are kidding yourself.  Beware come near me and I’ll MAKE you download it 😉
Download It Here
3. Reading This Worked Too

You will NOT pick this up, read it and have everything work.

I read A LOT and chose to commit to this book with blind faith, so watch out for my evangelical tone on this.
I have to stress that it is not the first ‘system’ I have ever encountered, also I am sure that everything else I have learnt makes this work for me.
It is worth pointing out that there is no cult to join, $100k cruise to go on or other wanky upsell’s to endure for following this books program.
Get Yours Here

4. I Liked This. Not Everyone Did.

The Full-Time Job Is Dead

The full-time job, used to it as we are, is not some natural state of human existence.

Before the 1800s, few people worked a structured “work week.” That conceit was dreamed up by early industrialists, who needed to bring workers together in a factory at the same time to efficiently make products. For the past 100 years, the 40-hour job has been the centerpiece of work life because there was no better way for people to gather in one place at the same time to connect, collaborate and produce.
Read The Full Post Here 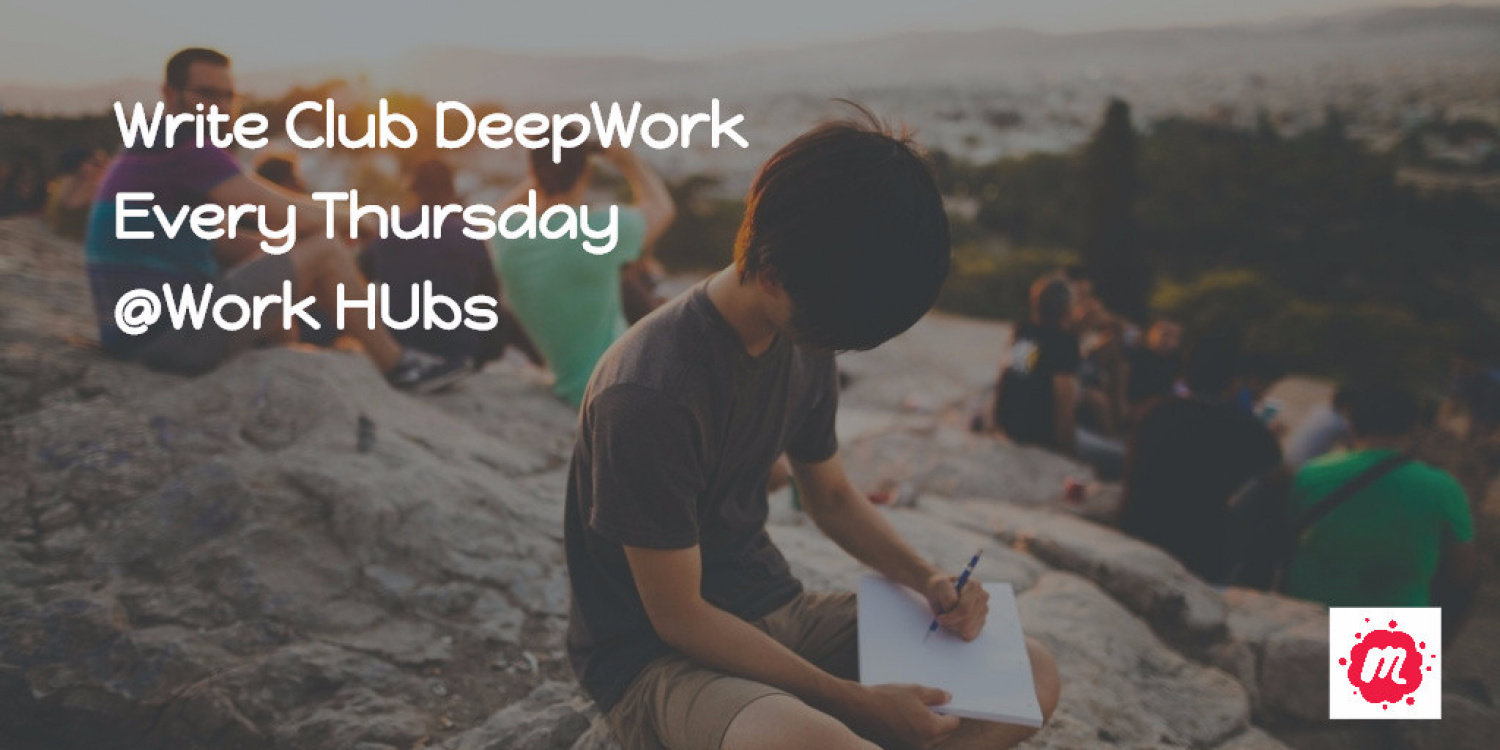 A focused weekly club for to engage in “deep work”

When Philip from @WorkHubs put this on Meet Up the whole dynamic changed, every week a mixed group of people who need to write something come together for a couple of hours and write.

I have ‘grown up’ about making time to write at every session I have taken part in.
“Our weekly Write Club ‘Deep Work’ is ideal for anyone who writes and needs a block of time to write without being distracted.”
Join Here